You are at:Home»Execs to Know»INADEV Names Four to Advisory Board 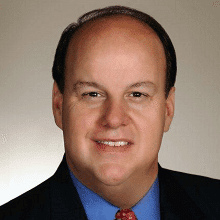 INADEV Corp. has named a slate of experienced executives to its newly created strategic advisory board.

The mobility solutions provider announced the new board members Wednesday. The board’s role is to provide guidance and strategic advice to INADEV’s leadership team. The new members are:

• Tom M. Davis, director of federal government affairs at Deloitte. Davis was elected to the Fairfax County Board of Supervisors in 1979 and went on to represent the 11th Congressional District of Virginia after his election in 1994. He served there until late 2008.

• Sid Fuchs, president and CEO of national security company MacAulay-Brown, Inc. A former CIA officer, Fuchs has a 30-year track record of leading and building companies and organizations. He is also a director at MacB.

• Ron Morgan, chairman of the board of directors at MorganFranklin Consulting. Morgan co-founded MorganFranklin in 1998 and has led all aspects of the practice, including serving as chief financial officer for six years. In 2013, Morgan transitioned from an executive role to become a board chairman and adviser.

“We couldn’t be more honored to have these esteemed gentlemen on our board,” said INADEV CEO Jitesh Sachdev. “They bring a wealth of experience from all aspects of business, and the kind of institutional knowledge and leadership that we feel confident will help propel our firm to the next level.”

Fuchs said he is honored to join the board.