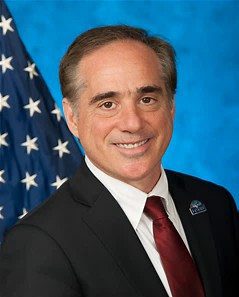 The Veterans Affairs Department will be adopting the same electronic health record platform as the Defense Department, VA Secretary David Shulkin announced today, fulfilling his promise to make a decision by July 1.

It took DOD 26 months between requirements generation and awarding the contract, but Shulkin said VA simply can’t afford to wait that long. VA is not competing the contract, and instead issuing a solicitation directly to Cerner Corp. for the acquisition of the EHR system it’s currently deploying for DOD.

“That said, our current system is in need of major modernization to keep pace with the improvements in health information technology and cybersecurity, and software development is not a core competency of VA,” he said.

Congress has been urging VA and DOD for at least 17 years to modernize the aging VistA system. But that’s no small task: As Shulkin said, ever-changing information sharing standards between the two departments and the separate chains of command, governance, funding and procurement schedules have made any effort to modernize holistically incredibly difficult.

Maintaining record and system interoperability across a service member’s lifetime was a top priority for Shulkin.

“VA’s adoption of the same EHR system as DOD will ultimately result in all patient data residing in one common system,” he said, “and enable seamless care between the departments without the manual and electronic exchange and reconciliation of data between two separate systems.”

As important as system interoperability is system security. “We intend to leverage the architecture, tools and processes that have already been put in place to protect DOD data,” Shulkin said, “to include both physical and virtual separation from commercial clients.”

But there are plenty of other partners VA will need its system to interface with, from academic affiliates to industry vendors.

“This is going to take the cooperation and involvement of many companies and thought leaders,” Shulkin said, “and can serve as a model for the federal government and all of health care.”