You are at:Home»Execs to Know»ECS Among Washington’s Top Workplaces For 4th Straight Year 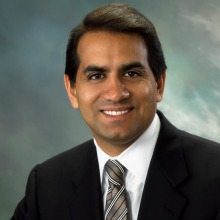 ECS, which is headquartered in Fairfax, Virginia, and has eight D.C. area locations, earned a place for the fourth straight year. The ranking was based on surveys of employees who gave feedback on ECS’ workplace culture and values, and ECS scored well on several parts of the survey, including alignment, effectiveness, management and connection, the company said.

“The Top Workplace Award is one of the most meaningful awards that a professional services company like ours can receive,” ECS Executive Chairman Roy Kapani said. “Our customers and our company rely on the talent of our people. Providing an opportunity to grow is essential to creating a meaningful and valuable enterprise.”

ECS Federal delivers technology and engineering solutions to support national defense, cyber, cloud and critical infrastructure to Defense Department and federal civilian agencies. It has 569 local employees out of 2,000 employees overall, and has grown quickly since its founding in 2001, spurred by a slew of recent acquisitions, according to The Post.

Employees said in the survey they appreciated the ability to help soldiers train and prepare for combat, and cited the company’s support of their volunteer efforts in the community by sponsoring grants.