You are at:Home»Events»USGIF Announces Federal Agency Participation in GEOINT 2017 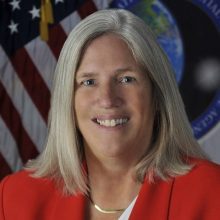 The GEOINT Symposium will be held June 4-7 in San Antonio, Texas. The event’s government pavilion stage is located in the GEOINT 2017 exhibit hall and is an opportunity for all symposium attendees to hear government representatives discuss what types of solutions they seek from industry, according to USGIF.

The confirmed government speakers on the 2017 Government Pavilion Stage include:

Poole will discuss NGA’s Commercial Initiative to Buy Operationally Responsive GEOINT, or CIBORG, initiative and the GEOINT Solutions Marketplace on June 5 with other government representatives, including Jill Thomas of the General Services Administration and Duncan Currie, Carter Christopher and Sherry Prewitt from NGA.

On June 6, Kalweit will discuss the future of NGA analysis and strengthening partnerships across the GEOINT Community.

Gordon will moderate a panel June 7 on NGA acquisition. She will be joined by NGA’s Karyn Hayes-Ryan, Diana Hughes, Nicole Pierce and Daniel Takane to discuss the agency’s acquisition efforts, requests for proposals, industry interactions, the timeline for source selections, and how service providers prioritize each of these pieces in the acquisition process.