You are at:Home»News»Information Technology»Digital Government Transformation with a Customer Focus 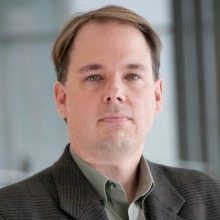 Last week Adobe hosted its annual Adobe Digital Government Symposium, an event that brings together the extended government community and its partners to explore advancements and opportunities in the public sector’s digital transformation.

Start at the End—User, That Is

While security and efficiency are important drivers behind many of the federal government’s technology advances, it’s important not to lose sight of who the government’s really here for: the American people. “When we look at the challenges our customers face and how they support the public,” said Adobe’s public sector chief technology officer John Landwehr, “rather than jump in and start talking about data centers and applications, we start with the end user—what do they want to do, what do they need to do—and work our way back from there.”

As more and more users come to access government websites from mobile devices, it’s more important now than ever not just to support desktops, but tablets, TVs, and smartphones as well. “A lot of the what we’re doing is showing the importance of these devices in how they reach us as consumers,” said Landwher. “We don’t want government slowing down because all of a sudden people aren’t getting what they need from websites that were built for desktops.”

The governments other users are, of course, its employees and partners, and they’re looking for mobility too. Cloud adoption varies by agency, but security is a common concern across them all. “We’ve been very appreciative of things like FEDRAMP that provides what is effectively the most rigorous cloud security standard on the planet,” said Landwher. Being FEDRAMP approved has helped Adobe with its state and local government customers, as well as those in the commercial space.

Next Steps in File Security

Figuring out how to persistently protect sensitive information, whether it’s on the public cloud, in a data center, or on someone’s iPhone, is a top priority in information security.

“Protecting the perimeter is getting harder and harder,” said Landwher. Adobe’s innovative approach to file-level security and rights management includes preventive and detective control. It both limits and tracks where data goes and what changes are made to it to provide an integrated, multilayered approach to risk management.

Ultimately, said Landwher, security has to be seamless and usability maintained. The government has traditionally been an early adopter of such tools, like the Defense Department’s Common Access Cards or the civilian agencies’ equivalent PIV cards. “Adobe has supported smart card badge technology for years,” said Landwher, “with government leading the way.”

Now, the private sector is picking up on the trend, just as government is working to adopt cloud technology—just one more way the public and private sectors are able to push each other forward.