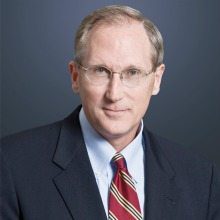 Larry Prior, president and CEO, CSRA

CSRA has announced its first acquisition as a public company. In its fourth-quarter earnings call, CSRA President and CEO Larry Prior announced the company will be acquiring NES Associates, an award-winning IT and telecom company based in Alexandria, Virginia.

While the financial impact is “very small,” according to Chief Financial Officer David Keffer, Prior said the acquisition “will bring us strong competitive advantage in a number of large, near-term IT network opportunities– another example of how we live our tagline, ‘Think Next. Now.'”

CSRA signed a definitive agreement with employee-owned NES Associates after the close of the quarter for around $100 million. NES specializes in network architecture and security. Most recently, it migrated 40,000 Defense Logistics Agency user mailboxes from Exchange 2003 to 2010 in one year, the first step in the agency’s move to Office 365.

“The two businesses have complementary offerings and go-to-market strategies, which should hopefully yield attractive growth opportunities for the combined business and a powerful value proposition for the customer,” Marc Marlin, a managing director at KippsDeSanto & Co. who brokered the deal, said in an email. “As Larry mentioned in the earnings call, NES has some ‘secret sauce,’ which combined with the expertise and scale of CSRA could be very exciting.”

The deal is expected to close by the end of September, pending regulatory approval.