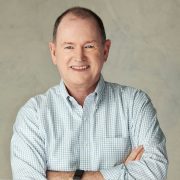 Booz Allen Hamilton said Wednesday it had been awarded a $96.1 million contract to serve as the Navy’s primary partner in synchronizing its legacy networks with its new Consolidated Afloat Networks and Enterprise Services program.

The U.S. Navy’s Tactical Networks Program Office, responsible for ensuring the Navy’s access to secure and reliable communications networks on any platform and in any location, chose Booz Allen Hamilton to support equipping its sailors and allies with cyber-resilient, integrated networks and foundation computer systems, according to the company.

“We are honored to be selected as PMW 160’s primary industry partner to synchronize Navy legacy programs with the Consolidated Afloat Networks and Enterprise Services,” said Ralph Wade, a Booz Allen Hamilton vice president and leader in the firm’s Navy and Marine Corps business. “We look forward to applying our cyber capabilities and strategic prowess in digital platforms to strengthen the robust network that Navy tactical forces rely on every day.”

The cost-plus-fixed-fee contract covers a base year plus a 4-year option period, and was awarded through Navy’s Program Executive Office for Command, Control, Communications, Computers and Intelligence, according to Booz Allen.

The multibillion-dollar CANES program aims to consolidate and enhance five existing legacy network programs through a new integrated software-based platform, according to the Navy.

The Navy announced a $2.5 billion multiaward contract for the CANES program in 2014, saying then CANES “serves as the bridge to the future of Navy afloat networks, consolidating existing legacy and standalone networks, providing the necessary infrastructure for applications, systems and services to operate in the tactical domain.”