You are at:Home»Events»Solving the Science Problems that Keep the IC Awake 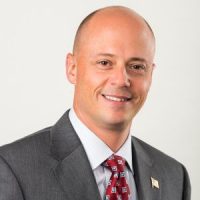 There is no better way to get new, game-changing ideas than by simply asking for them—and that is just what the Intelligence and National Security Alliance and the Science and Technology directorate at the Office of the Director of National Intelligence have done. In May, INSA will host its 10th Innovators’ Showcase, where researchers and developers can show the government their work to solve some of today’s biggest science and technology challenges.

Kevin Kelly, CEO at LGS Innovations and one of the founding members of INSA’s Innovation and Technology council, said the showcase was originally modeled after an annual event held by Bell Labs, of which LGS Innovations is the remaining vestige of the federal portion of the labs.

“Bell Labs used to have 200-250 concurrent research projects,” he said. “Researchers used to say, ‘Well, I wish I knew what everybody else was doing so I could increase collaboration and avoid reinventing the wheel.’ So Bell Labs’ Research Summit was an opportunity to get everyone on the same page.”

Over the last few decades, research and development efforts have become more distributed, and the pace of technological innovation has increased. Thus, the importance of having a centralized event like this has only grown.

“The general mission of the showcase is to respond to the intelligence community when it says, ‘This is what’s keeping me up at night,'” Kelly said. These problem areas include cybersecurity and cyber operations, energy, the internet of things, artificial intelligence and machine learning, sensing technologies, and other game-changing ideas. Traditional and nontraditional researchers and innovators submit unclassified abstracts through Friday, March 24th. If their work is selected, principal investigators will be invited to present their work to government stakeholders in a classified setting.