You are at:Home»Events»Kevin Brancato and Bob Kipps Give a Market Outlook 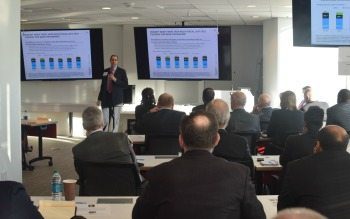 They might not have a crystal ball, but Bloomberg Government’s Kevin Brancato and Bob Kipps of KippsDeSanto had plenty of insight to offer attendees of last week’s “Market Outlook” event.

Kipps, a 20-year government contracting expert and investment banker, focused largely on trends in mergers and acquisitions; Brancato, BGOV’s director of government contracts research, elucidated some of the complexity around the federal budget.

“Going forward, we would expect the M&A Market over the next four or five years to look a lot like 2009 through 2012.” Kipps said.

But it remains unclear whether fiscal year 2017 will actually see an increase in spending, simply because the government is still subject to the Budget Control Act. For instance, Brancato and his team have estimated Trump’s proposed increases to endstrength and force structure would cost roughly $16 billion, which they would need to cut from somewhere else.

“In that sense, it didn’t matter who won the election, because the budgets are still constrained.” Brancato said.

At the same time, Brancato said, IT budgets are probably pretty safe. This is in part because of the increasing priority on cybersecurity, although many have made the argument it should be its own line item, as it extends well beyond traditional IT. Other technologies government agencies are interested in include simulation and LVC training, artificial intelligence and robotics and biometrics.

As far as mergers and acquisitions are concerned, keep an eye on the small and midsize businesses, Kipps said.

“Today’s WashingtonExec Market Outlook 2017 event was particularly insightful given all of the recent changes in the administration and new courses the president is embarking on.” Lexi Alexander, chief growth officer of ASRC Federal, said. “It is great to see such proactivity of dialogue and is a true benefit to those of us seeking to best support our customers.”

Paul Selby, president of the Products, Solutions and Applications division at LGS, agreed. “The GovCon Marketing Outlook breakfast was another great event hosted by the dynamic team at WashingtonExec,” he said. “The speakers provided valuable insight into M&A activity taking place within the government sector, highlighting buyer activity, hot target companies, and trending services and industries. This resonates with the alignment we are seeing in the market on both an industry and a national level.” 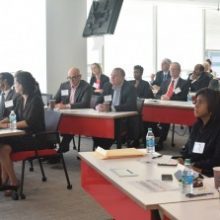 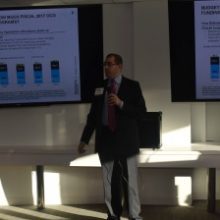 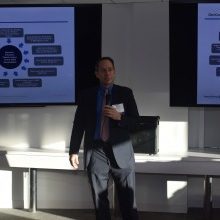