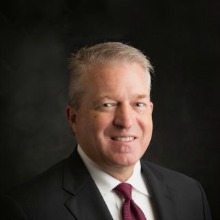 It’s not every day a small company snags a prime contract win, especially with a defense giant like the U.S. Air Force. But when you’ve got a strategy and focus like AllCom Global Services does, good things are bound to follow.

For this technology infrastructure provider, its focus is simple. As AllCom CEO Bob Weatherwax puts it, “Infrastructure that is resilient and secure is at the foundation of everything we accomplish with technology.”

Ever since he took the helm of the Falls Church, Va.-based company in late 2012, Weatherwax has steered AllCom toward a focus on government contracting.

A big part of Weatherwax’s strategy: building a team of experts — from professional engineers and IT specialists, to power specialists, electricians and technicians – who are all equipped with the high-level security clearances needed to meet the requirements and rigors of complex and sophisticated federal technology infrastructure.

Focusing the organization, while sometimes challenging, has proven to be highly effective in aligning and directing AllCom’s strategy.

“In early 2013, we stepped back and took a hard look at our existing business to understand the capabilities and expertise valued by our customers, as well areas we needed to divest, improve or invest in,” says Weatherwax. “We also evaluated and changed our cost structure to make sure we would be competitive in the market.”

Focus has also guided AllCom’s acquisition strategy, which is clearly intended to expand technical capabilities and past performance in the infrastructure arena.

In May 2015, AllCom purchased the Facilities Infrastructure Division of ADAR Incorporated. This acquisition augmented AllCom’s offerings to include the full line of hardware and software products from Liebert, Avocent, and Emerson Network Power (now called Vertiv as of January 2017), a global leader in critical infrastructure products and services.

“We realized there was an opportunity where the federal market was being underserved with their products and technology and we were able to find a company that was willing to let us acquire that line of business,” says Weatherwax.

As part of the acquisition, AllCom secured a Schedule 56 GSA contract with Emerson Liebert’s products on it, which provided the company its first government prime contract customers.

This partnership, fostered over the past year, has added the ability for AllCom to competitively sell specialized data center equipment and offer factory maintenance, software updates and service to government customers.

AllCom’s plan seems to be paying off.

In November, AllCom won a prime position on a 5-year, $75 million contract to provide power conditioning continuation and interfacing equipment for the U.S. Air Force, both in the United States and overseas. That breadth and depth of capability took no shortage of planning.

“In engineering and installing this equipment worldwide, you have to make sure that you have the staff, resources, partners and teammates,” says Weatherwax, whose company also became an ISO 9001:2008 certified corporation in advance of the U.S. Air Force win. “We are really excited about this win, because it is to be a catalyst to change the dynamics of our business.”

“This acquisition really expands and rounds out our infrastructure offerings to include physical security systems and software,” says Weatherwax.

“A lot of people make the mistake of trying to bid lots of things when really they aren’t positioned or qualified to win them,” says Weatherwax. “I would say to put in the introspective and often hard work upfront – to really decide what you want to go after and why– and once you do, make sure you have all the necessary pieces in place”.

Following his own advice, Weatherwax is steering AllCom on an upward ascent – in an area he and his team envisioned all along.

“We have become a single source for sophisticated, secure and resilient infrastructure,” says Weatherwax, who counts 80 employees (so far) as part of the AllCom team. “Many companies, by contrast, have to have one company do the design and engineering, another to provide the equipment, a third do the install, and even a fourth to do the service and sustainment – we do it all.”

In addition, Weatherwax has good reason to pride AllCom on another key differentiator.

“We look holistically at infrastructure as a system – not only the gear and fiber but also the power systems, energy management and environmental systems,” says Weatherwax. “For our customers, a down data center is not an option. Our mission is to ensure operational continuity of service, period.”

“Our goal is continued profitable growth,” says Weatherwax, who’s no stranger, in prior roles, to starting, growing and selling businesses, as well as orchestrating a turnaround of a faltering division of a large global corporation, resulting in a successful divestiture transaction.

Where’s AllCom headed next? The security of “infrastructure of things,” says Weatherwax.

“There has been such a focus within the government space about cybersecurity at the application and system level, but significant risk exists at the infrastructure level, too,” notes Weatherwax.

“The commercial world and new technologies are driving everything related to infrastructure to be interconnected – while right for many reasons, it creates new areas of vulnerability for our customers,”  he adds.

AllCom, for its part, will be investing in ways to mitigate these new risk areas and protect their customers’ assets and facilities.

And if recent performance is any indication, AllCom may well be bidding against the big players – and winning, once again – as a prime contractor.