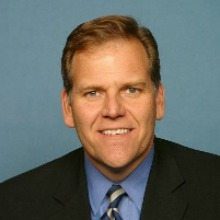 MITRE Corp.’s board of trustees announced Nov. 10 Mike Rogers and Cathy E. Minehan have been elected to the board.

“Mr. Rogers and Ms. Minehan have distinguished themselves as leaders in their respective areas,” MITRE President and CEO Alfred Grasso said. “The insights Mr. Rogers brings to MITRE from his experience in cybersecurity and intelligence will strengthen our ability to serve the public interest and our sponsors.”

“We are privileged to welcome Ms. Minehan back to the board,” Grasso said. “Her strong background in business and management will be enormously valuable in supporting MITRE’s mission.”

A former member of Congress, Rogers represented Michigan’s eighth congressional district for 14 years. He was a member of the Energy and Commerce Committee and also chaired the House Permanent Select Committee on Intelligence. While chairman of the HPSCI, Rogers oversaw a budget of $70 billion that provided funding to the nation’s 17 intelligence agencies and collaborated with the Senate Intelligence Committee to include provisions in the fiscal 2013 intelligence authorization bill to crack down on national security leaks.

Prior to serving as a member of Congress, Rogers was an officer in the U.S. Army and an FBI special agent. He also held a seat in the Michigan State Senate. He founded the Mike Rogers Center for Intelligence and Global Affairs, which works as part of the Global Digital Challenge Initiative to bring together leaders in policy, business and technology to discuss issues relevant to the U.S. and the global digital economy.

He is also a distinguished fellow at the Hudson Institute and a graduate of Adrian College. 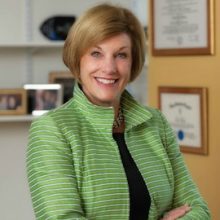 Minehan is managing director of Arlington Advisory Partners LLC, in Boston. She was the dean for the School of Management at Simmons College from 2011 to 2016. She previously served for 13 years as the president and CEO of the Federal Reserve Bank of Boston, one of 12 regional Reserve Banks that together with the Board of Governors in Washington, D.C., form the Federal Reserve System. Minehan was a member of MITRE’s board of trustees from 2009 to 2012.

In total, Minehan served 39 years in the Federal Reserve System. She also served on the Federal Open Market Committee and Financial Services Policy Committee. She is also a member of VISA Inc.’s board of directors and Becton, Dickinson and Company. She has taught at Northeastern University’s School of Public Policy and Urban Affairs. Minehan is also active in nonprofit charitable entities, chairing the board of trustees of the Massachusetts General Hospital and the Massachusetts Governor’s Council of Economic Advisors.

A fellow of the American Academy of Arts and Sciences, she earned an MBA from New York University. She obtained her undergraduate degree from the University of Rochester and is currently chair of the executive committee of the university’s board of trustees. She has received numerous civic awards and honorary degrees.