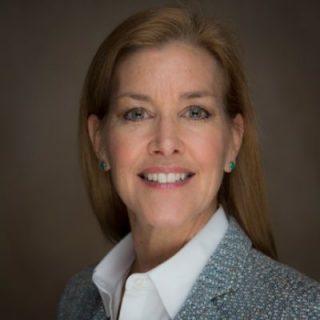 As vice chair of WashingtonExec’s new Internet of Things Council, Mary Majoros and the other council members have an important, if ambitious, goal: to make IoT less about hype (an online refrigerator orders its own milk!) and more about crucial government and business missions that can’t be accomplished as well – or at all – any other way.

“[Council chair Chris Smith] and I see the IoT Council as a way to enrich executive thinking about opportunities and lessons learned when it comes to transforming IoT into business and mission outcomes,” Majoros said. “Typically, IoT is described in very technical terms. Chris and I take a step back and say, ‘Yes, but to what end?'”

As chief technologist in Hewlett Packard Enterprise’s intelligence market segment, Majoros is well equipped to help answer that question, bringing a rich blend of public- and private-sector industry experience to the role. As a member of the Senior Intelligence Service until 2013, she led multinational collection and analysis activities that informed national policies and operations, both military and clandestine.

This emphasis on collecting and analyzing information has served her well at HPE, where she helps the company’s customers in the intelligence community use technology to transform their missions.

Majoros says all of this work allows her to “see better ways of performing unique missions” and “bring insight and experience to the internet of things.”

“I want to help create brief opportunities of enrichment that are as rewarding as possible to the government members and to the guests we’ll be inviting,” she said. “I’m really excited to be involved with WashingtonExec. I’m also honored to serve as vice chair of the IoT Council, a role that I take very seriously, and I’m excited to be teaming with council chair Chris Smith.”

Making the benefits of IoT more concrete will require addressing many pointed questions – the answers to which aren’t necessarily obvious.

For example, why exactly should devices communicate with each other? To improve business efficiency? Increase public responsiveness? Improve public safety? The answer is all of these things and more, and Majoros said the council aims to flesh that out.

“We tend to approach the role of the council as more than just talking about technologies,” she said. “We try to focus on how to achieve desired results. We want to lasso that conversation into practical applications, so it becomes more real for council members and less esoteric.”

Majoros said she foresees a diverse array of IoT applications, particularly when it comes to integrating logistics for companies and agencies that seek to improve operational efficiencies and customer satisfaction. For example, IoT can help identify lost products and resolve inventory discrepancies sooner rather than later, optimize root management to reduce the time needed for items to move through the supply chain, and cut overhead.

“Supply chains and logistics apply across a wide variety of agencies and departments,” she said.

At the municipal level, “smart city” initiatives seek to improve residents’ safety, security and quality of life. These initiatives come in many forms, including “smart transportation” plans that eventually will allow self-driving cars to talk to each other, which could greatly reduce the number of accidents. In addition, some cities have begun to place sensors in public areas that provide critical information to help fire stations, police stations and hospitals coordinate their efforts.

Although IoT has incredible potential, Majoros said she has several concerns about how it will be implemented.

For example, she cited worries about security. “The power of IoT stems from the ability to securely exchange information from multiple sensors and sources with multiple people and organizations,” she said. “We need a holistic, all-encompassing approach to security. It can’t be an afterthought.”

Majoros acknowledged this is easier said than done because the scale and diversity of IoT renders traditional security approaches inadequate. In particular, IoT is a “two-edged sword” when it comes to law enforcement and national security, she said. While it may help authorities locate criminals, terrorists and others who don’t want to be found, it can also be compromised and cause more harm than good. As a result, Majoros said a new paradigm is needed to make IoT secure end-to-end.

Another concern is privacy. The federal government is extremely decentralized, and every agency and department has its own authorities and missions. Because agencies differ in their assessments of how IoT affects personal privacy, they need to consult with each other and seek input from all stakeholders involved.

“It’s getting harder and harder to protect people’s identities,” Majoros said. For evidence of this, look no further than the recent Office of Personnel Management hack, in which personal information – including Social Security numbers – of some 21 million people was stolen. Privacy issues also come into play with the myriad wearable devices that can benefit from IoT, including health monitors that can transmit live data to health care providers.

This dual nature of IoT is a major theme the council plans to address.

“There are more and more areas where IoT is considered both an opportunity and a threat,” Majoros said. “The council wants to help stakeholders share opportunities and deal with the threats by protecting employees. That’s what brings it home to me.”