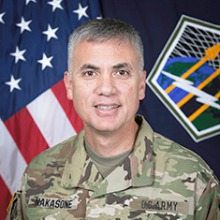 The U.S. Army and others celebrated the beginning of the construction of a new Cyber Command Complex at Ft. Gordon in Augusta, Georgia. The Pentagon announced the move almost three years ago, and some ARCYBER personnel and functions—like the Cyber Center of Excellence—have already been stood up there.

The construction of a new, physical home for the Army’s newest and fastest-growing component command, however, embodies the service’s commitment to well-integrated cyber operations.

The building will be constructed in two phases. The first will be the home for ARCYBER command and control operations. The current cost estimate for this phase is $85.1 million, and it is expected to be completed in May 2018. The second phase will house the Cyber Protection Brigade. That phase is expected to be completed in early 2019. By the end of 2020, approximately 1,200 civilians, contractors and soldiers—some of whom will have relocated from Ft. Belvoir in Fairfax, Virginia, and Ft. Meade in Maryland—will call Augusta home. The entire facility construction is expected to cost around $180 million.

By co-locating the operating force and the institutions supporting it, the Army will be better able to adapt faster to the dynamic and constantly evolving cyber domain “the continuous integration of operational lessons learned into the training and doctrine, providing an unparalleled opportunity for our soldiers and our civilians,” said Maj. Gen. John Morrison Jr., commander of the Cyber Center of Excellence.

The relocation will also consolidate and strengthen partnerships, said ARCYBER Commander Lt. Gen. Paul Nakasone, not the least of which is their “critical partner, the National Security Agency.”

The new complex will be right next to NSA Georgia, one of NSA’s cryptologic centers, and is part of the reason ARCYBER selected that location. But as both Nakasone and Morrison specifically mentioned, industry, academia and the international intelligence community are other important stakeholders ARCYBER hopes to work with as it grows.

Related: What the Government Stands to Gain – and Lose – from IoT