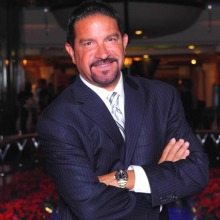 The Northern Virginia Chamber of Commerce and Professional Services Council have unveiled the finalists for the 14th Annual Greater Washington Government Contractor Awards, the premier awards event for the Washington area government contracting community. The winners will be named at a Nov. 1 gala dinner at the Ritz-Carlton Tysons Corner.

WashingtonExec talked with one of the finalists Scott Goss, chief executive officer of Preferred Systems Solutions, to get his take on the marketplace and his company’s near- and long-term future, among other issues.

WashingtonExec: What is your organization’s plan for growth over the next three to five years?

Scott Goss: We have embarked on a fairly aggressive acquisition campaign by completing and integrating six acquisitions in the past 30 months, and we will continue to execute that strategy going forward. These acquisitions, plus strong performance on our current contracts, provide us with the past performance and core capabilities that will be key to continuing our strong organic growth.

The ultimate goal is to significantly increase our opportunities to bid and win prime contracts. Combination of continued strategic acquisitions and organic growth.

WashingtonExec: What are the fastest-growing components of your business?

Scott Goss: We have purposely focused on growth in the intelligence community and specifically in the areas of cloud computing, high-performance computing, mobile applications and cybersecurity. These areas have been the fastest-growing parts of our business.

WashingtonExec: What’s been your largest accomplishment over the last 12 to 18 months?

Scott Goss: We have been able to essentially double our revenue and workforce through the completion of three acquisitions and with the expansion of our position on many current contracts highlighted by the award of several new prime contracts.

WashingtonExec: Do you see large M&A transactions continuing into the future?

Scott Goss: Our focus is less on large versus small and more on the expansion of critical core capabilities. Strategic M&A transactions will continue to be important to us, especially where there is a cultural fit.

WashingtonExec: What differentiates you from the competition?

Scott Goss: I take great pride in the fact that we are a mid-size company, but we have worked hard to maintain a small-company feel. We are agile and responsive and believe our employees are the most important asset of our company.

WashingtonExec: What was a turning point or inflection point in your career?

Scott Goss: I have definitely had a few turning points. When I left I-NET after its sale to Wang, I had to choose between a CIO path and a CFO career path, which was perhaps my first biggest inflection point. After that, it would have been the acquisition of SIGNAL by Veridian, where I approached Veridian to put the deal together and then became president of Veridian IT Services.

It was truly a part of something very special, where during my tenure at SIGNAL and Veridian, I was able to grow and expand my roles in finance, IT systems, operations and management.