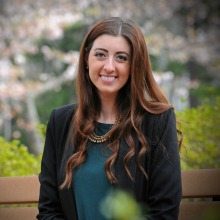 Bite Me Cancer was founded in September 2010 by Nikki Ferraro, then 17, just months after she had been diagnosed with a rare form of thyroid cancer, in an effort to offer support to teens battling cancer.

“Teenage cancer patients have specific needs and interests though often they are grouped with younger children in pediatric wards or with adults who are much older,” Ferraro said.

Now in its fourth year, the Teen Support Bag project has served more than 2,900 teenagers in nearly 75 hospitals in 33 states and in the District of Columbia. This summer, one of the group’s volunteers delivered the bags to a hospital in Anchorage, Alaska.

Bite Me Cancer’s sixth year has also brought new milestones and record-setting efforts, which include:

“I am overwhelmed by the growth and success of Bite Me Cancer,” Ferraro said on the foundation’s anniversary. “We have had an incredible outpouring of support from generous businesses and individuals from across the country who have donated their time, expertise and money to make Bite Me Cancer what it is today.”