You are at:Home»News»Contract Awards»SOSi Chosen by US Air Forces Europe to Advise on EIC Initiative 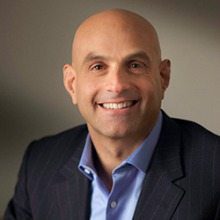 SOS International  has been selected by U.S. Air Forces Europe for two task orders under the USAFE Advisory and Assistance Services III, or A&AS III, program, to support the European Infrastructure Consolidation initiative and to advise the Air Force on the construction of a new intelligence analysis center in the United Kingdom.

The EIC initiative is expected to consolidate the U.S. military footprint in Europe, rebasing F-35 aircraft in the U.K. The initiative will also return up to 15 sites to their host nations. SOSi will assist with project management and communications and information systems planning throughout Europe.

Engineering services in the U.K. will be performed in support of the U.S. Air Force Civil Engineer Center. They will include administration, managerial oversight, and technical implementation of construction plans, to include secure facilities in accordance with Defense Department standards and directives.