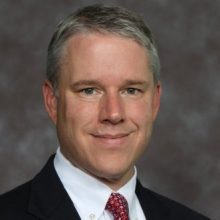 One thing not many people know about Tim Hurlebaus is that he’s an avid downhill skier.

But ever since the longtime industry veteran took over as president of CGI Federal a little over 18 months ago, he’s led the worldwide company on an uphill climb toward greater gains.

That ascent has opened the door to a new age for the systems integrator and consulting services company, which in recent years has weathered its share of front-page news.

“The pace has picked up tremendously over the last six to nine months relative to the prior year,” Hurlebaus says, speaking from his offices in Fairfax, Virginia. “We’ve been extremely busy responding to RFPs, winning new business and starting new programs.”

As he settles into the second year of his role, Hurlebaus keeps his focus on the future – that was clear in a recent conversation with us.

“A lot of our customers are trying to get their new procurements done ahead of the fiscal year and the new administration so it was a very busy summer,” Hurlebaus says. “Many of our contracts have come up for recompete so we have been busy doing that – as an example, we’ve won 100 percent of our recompetes at [the Centers for Medicare & Medicaid Services.]”

Here’s what Hurlebaus has to say about those efforts, and how CGI Federal is strengthening its focus one business unit at a time.

WashingtonExec: Can you share a few career highlights prior to being elevated to the president of CGI Federal?

Tim Hurlebaus: I’ve been with CGI effectively for 28 years – the first 17 were with [American Management Systems] before it became CGI.

A lot of that time has been spent in the U.S. federal market; I also did work for the Canadian government, several banks and a few telecom companies.

I also spent a few years in Europe when CGI’s business was mostly private sector. I found myself back in federal, managing one of our five business units focused on homeland security, Justice and the Department of Defense.

WashingtonExec: Tell us about those five different business units. What do they encompass?

Tim Hurlebaus: We approach the market by segment; which we think positions us to capture growth and to help our customers. One unit focuses on the Department of Defense. Another on health and compliance programs – that’s HHS mainly, the VA and the Social Security Administration.

Another focuses on the Department of Justice, Homeland Security, the U.S. courts and legislative branches. The fourth addresses regulatory agency and compliance programs – the EPA, FDIC, Nuclear Regulatory Commission and a number of other clients.

Finally our fifth focuses on international diplomacy and commerce – basically, the State Department, USAID and the Department of Commerce.

WashingtonExec: What are your customers in the marketplace asking for?

Tim Hurlebaus: As you know, clients are trying to modernize systems but they have ever-constricted budgets, hence some of the ideas that have come out of OMB around modernization funds. While we’ve seen that coming we have prepared ourselves to provide those solutions.

We’ve been in the cloud business for many years. We were the second FedRAMP-certified cloud a few years ago. We have over 20 federal agencies in our cloud; we also partner with AWS and Microsoft Azure to host solutions. Over the top of that, we have built a capability called Unify360 to help organizations unify management of hybrid IT environments.

WashingtonExec: With a new administration coming in January, how is CGI Federal positioning itself?

Tim Hurlebaus: What is probably more important in 2017 is what happens in Congress and their ability to get a budget in place. In March 2017, they will have to deal with the debt ceiling again and then the budget deal that is in place now has to be extended or redone.

We are well-positioned because our long-standing relationships with so many of our clients. We are there to help with new challenges and have plenty of contracts to get us through what we expect to be a bit of a slower period from a procurement perspective.

WashingtonExec: The M&A market has been active throughout 2016. Do you see CGI being an active participant?

Tim Hurlebaus: Great question – CGI is still active in the acquisition market and that is true in federal.

Certainly, we are always looking for the right company at the right place at the right time. We could potentially see us move on something in the federal space in the future.

WashingtonExec: What additional growth areas do you see?

Tim Hurlebaus: We have been doing a lot more work with our clients in agile development and agile DevOps; in fact have a tool called Agile IQ, where we put together a series of open source components into a tool that helps support that process. We think that that trend will continue.

Another place that we are well-positioned is in cyber. We’ve got a security operations center. We do security assessments and are on the continuous diagnostics and mitigation vehicle of DHS.

Another offering we have is around insider threat – that’s essentially about creating a culture where if you see something that doesn’t look right, you report it.

We’ve established an insider threat program for ourselves and then we are certified by Carnegie Mellon so we offer it externally now. Ultimately, the fastest-growing parts of our business tend to be around IT platforms.

WashingtonExec: Can you share a few examples of using IT platforms that you’ve built to provide a much larger service?

Tim Hurlebaus: One is visa processing. We process about half the visas that the State Department issues around the world. We do that supported on a platform called Atlas.

We built this system as a workflow system – basically, when somebody shows up for an appointment, they are met with someone who has an iPad and they process them through, get them to the right place and keep track of their visa.

Another example of where we have been successful with that is collecting improper payments.

We have worked with CMS and commercial iterations for a number of years tracking down what turn out to be improperly coded payments and help recover those improper payments for the payer.

CMS is the biggest payer but we also do it for private insurers as well. That’s based on a system that we developed and are now modernizing called Prop Pay.

Part of the modernization is that we are reporting it to Microsoft Azure, which is going to allow us to sell it and run it overseas and Europe where there are some restrictions on how the data has to be housed.

WashingtonExec: What is something most people would find surprising about the business itself at CGI Federal?

Tim Hurlebaus: Just how vast we are . . . yes, we are a federal business with our largest concentration of people here in Washington, D.C., but we really have people all over the world.

As I mentioned, we process visas for the State Department in 70 countries. We have people supporting the military all over the world. A big part of our business is the revenue generated from people working OCONUS.

Within the country, we’ve got a large business in San Diego. We’re helping the Navy consolidate 5,600 servers in 60 sites. We’ve got people in Louisiana, South Carolina, Newport News and more.

WashingtonExec: What would you most like to accomplish as you assess your goals for the next couple of years?

Tim Hurlebaus: To me, the most important thing I can do is to continue to develop a high-performing team that is growing the company and succeeding in their own right.