You are at:Home»Execs to Know»WashingtonExec Intelligence Council Chairman Robert Zitz has Completed his Tenure as Chairman 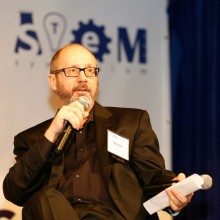 After two years of leadership, Robert Zitz, Leidos’ senior vice president and strategic account executive for intelligence and homeland security, has completed his tenure as chairman of WashingtonExec’s Intelligence Council.

Before his chairmanship, Zitz served as the first deputy undersecretary at the Homeland Security Department, where he helped guide cybersecurity, infrastructure protection, national communications, state and local grants, and various other areas.

Within WashingtonExec, he provided thoughtful leadership to the Intelligence Council as chairman, organizing roundtables and bringing in speakers covering topics relevant to the intelligence community and private sector.

Zitz also served as chairman of the Inaugural STEM Symposium: Bringing Students and Industry Together in March 2014.

“Rob has done a tremendous job in securing interesting and dynamic speakers across the intelligence community that helped facilitate thoughtful discussions in the group,” said WashingtonExec CEO and Founder JD Kathuria. “We appreciate his continuous dedication to the success and growth of our Intelligence Council.”