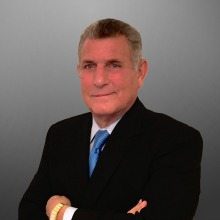 Unissant announced May 9 that Robert J. Guerra has been named President and Chief Strategy Officer at the company. Guerra will report to Unissant’s Chairman and CEO, Manish Malhotra, and will help guide the company’s strategic vision and continued growth.

“We’re thrilled to have Rob Guerra join Unissant in this critical leadership role as we embrace the next phase of our evolution,” Malhotra said. “Rob brings a track record of great accomplishments. Having him on our team gives us a competitive advantage as we look to broaden our reach and capabilities in the government health IT and financial markets.”

“This is an exciting time for Unissant, and I am proud to be part of this tremendous organization,” Guerra said. “I am looking forward to working with Manish, his executive management team and Unissant’s entire team of professionals as we widen our market presence and continue to expand Unissant’s portfolio offerings.”

Guerra brings more than 30 years of senior leadership experience to the position. He has been selected six times by Federal Computer Week for the Federal 100 award, the most received by any private sector executive. Guerra was also named Industry Executive of the Year by the Federation of Information Processing Councils, AFCEA Bethesda Executive of the Year and one of the 50 Most Influential People in the Federal IT Community.

In the non-profit community, Guerra served as the founding President of the Bethesda/NIH chapter of the Armed Forces Communications & Electronics Association (AFCEA) and is now on its Board of Directors; four-time Chairman of the NIH Children’s Inn Gala; Board of Directors of the Loudoun Abused Women’s Shelter (LAWS); and as one of the founders of the Industry Advisory Council (IAC), where he also served as Program Chairman and Vice Chairman of the Council.