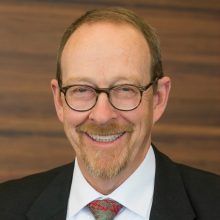 Altamira Technologies Corporation announced April 13 the appointment of Peter A. Kane as Chief Operating Officer (COO) of the company, succeeding retiring Wayne Cliburn who has served as COO for the past three years.

“I’d like to thank Wayne for his years of service to the company and wish him all the best in this next chapter of life,” Altamira Chief Executive Officer and President Ted Davies said. “Peter is a great successor for the COO role and has demonstrated the ability to position us as a top mid-market provider delivering some of the most innovative solutions which address our customer’s hardest national security problems.”

Kane is responsible for all aspects of the company’s contract and program operational execution. He brings more than 30 years of experience serving the DoD and intelligence community to the position. Kane joined Altamira in October 2010 and has lead the company’s Air Force Intelligence Account. He has played a role in the company’s geographic expansion as growth in locations such as Dayton, Ohio and Tampa, Fla. have driven new local operations.

Kane earned a Master’s of Science in electrical engineering. He will integrate into the senior executive team during transition and will report directly to Davies.