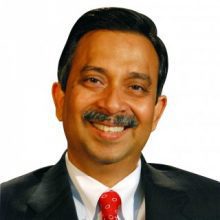 When longtime Unisys executive Venkatapathi “PV” Puvvada became president of Unisys Federal Systems, he envisioned bolstering its standing as an IT leader in disruptive technologies such as cloud, big data, mobility and security solutions. In early January, that vision was reinforced when the Dept. of the Interior became the first federal agency to migrate its financial management system to the cloud. As part of a five-year IT modernization plan, which began in 2011, the department finished moving its Compusearch and SAP business management and reporting systems to the cloud, entrusting the management of its accounting framework to Unisys.

Puvvada’s ability to gauge federal client needs – and deliver on them with innovative solutions – comes backed by smart team-building choices, with leaders tapped from the ranks of government. This past year, Puvvada’s unit named former General Services Administration CIO Casey Coleman as group vice president of its civilian business and named Army Major General (Ret.) Jennifer Napper as group vice president of its Defense/Intelligence business. And last fall, the company tapped Frederick Henry, a 30-year U.S. Army veteran and former chief of staff at the Defense Information Systems Agency, to oversee Unisys’s IT work with DISA.

Reason to watch: Those choices build on Puvvada’s belief that collaboration is key to growing Unisys Federal’s footprint in cloud computing, big data, mobile applications and security. With that type of blueprint, the company may again make history in 2016.