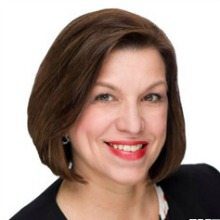 While at Deloitte Murray has held various leadership positions including lead principal for Deloitte’s work with DISA and the IRS. She brings more than 18 years of consulting experience in both the public and private sectors to her new role.

Helfrich, who will now become Deloitte’s federal practice leader stated, “Within the federal government’s civilian-focused agencies, there is a need and desire to incorporate commercial best practices and apply them to achieving their missions. Diane has delivered commercially-based-but-federally-tailored solutions time and time again, which is what makes her the perfect fit for leading our civilian sector. She has the first-hand experience in helping civilian agencies get to the net level in customer-service platforms, back-office operations and more.”

“Civilian agencies are responding to unparalleled change born out of the technology innovations from the past decade. With the right tools and processes in place, civilian agencies can embrace those innovations now and in the future. Federal leaders in these agencies have the vision – we can help them realize it by bringing our successes with commercial clients and making them applicable to their government mission,” stated Murray.