You are at:Home»Execs to Know»Exec Moves»SOS International LLC Adds John Thomas to Board of Advisors 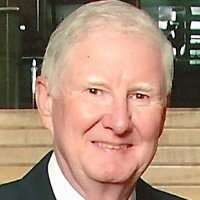 SOS International LLC (SOSi), based in Reston, Va., announced Nov. 30 the appointment of Leidos’ former Executive Vice President and Chief Strategy Officer John Thomas to its Board of Advisors.

“John brings a wealth of experience to our team,” SOSi President and CEO Julian Setian said. “His extensive background in the U.S. intelligence community, as well as his experience managing one of the largest intelligence support businesses in the industry, will help us strategize and grow our Intelligence Solutions Group, positioning SOSi as the leader in the intelligence solutions market.”

A 33-year U.S. Army veteran and retired major general, Thomas is a career intelligence officer, having commanded the two largest intelligence organizations in the U.S. Army — the Army Intelligence Center at Ft. Huachuca and the Intelligence and Security Command at Ft. Belvoir. He also served as the National Security Agency Associate Deputy Director and the Central Security Service Deputy Chief, located at Fort Meade.