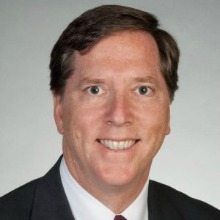 It was announced on October 27th by Reston, Va.-based Unissant that it has named David P. Dougherty the company’s first Chief Growth Officer and Executive Vice President of Business Development. Dougherty will be responsible for overseeing the company’s business development along with their growth strategies across all markets. Dougherty will report directly to Manish Malhotra, Founder and CEO at Unissant.

Malhotra stated, “We’re thrilled to have David Dougherty join Unissant in this critical leadership role as we embrace the next phase of our evolution. David brings a track record of great accomplishments. Having him on our team gives us a competitive advantage as we look to broaden our reach and capabilities in the government health IT and financial markets.”

Dougherty specializes in managing large-scale technology integration, design, and implementation programs and excels in business development. He brings over 35 years of leadership experience to his new role. He has previously worked at ASM Research, RWD Technologies, Sysorex Federal, GTSI, Standard Technology and Boeing.

Dougherty had this to say of his new role, “This is an exciting time for Unissant and I am proud to be part of this tremendous organization. I am looking forward to working with Manish, his executive management team, and Unissant’s entire team of professionals as we widen our market presence and continue to expand Unissant’s portfolio offerings.”