You are at:Home»STEM»Local STEM Leaders»Student at TJHSST Creates Project CODEt to Expose Girls to Computer Science 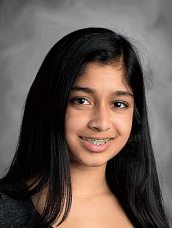 Project CODEt is an organization founded by high school students in the Northern Virginia region to encourage and foster an interest in computer science through workshops, programs and other activities.

WashingtonExec: What motivated you to start Project CODEt?

Rupali Dhumne: For the first time, I registered for a computer science course at Thomas Jefferson High School for Science and Technology (TJHSST). I had no programming experience before and had a completely different ideas about the computer science career. I had taken technology courses in middle school, but was always reluctant to pursue programming because of the lack of gender diversity within the course. I constantly worried about whether I would succeed not only because everyone else in the course already seemed highly experienced, but also because I didn’t conform to the stereotypical idea of a programmer.

However, I soon learned that computer science is not just about sitting behind a computer for eight hours a day (as many people would think), but it’s about working in teams to solve a problem and using problem-solving skills to break down a larger challenge into smaller tasks. As I continued learning java, I was pleasantly surprised at how much I enjoyed completing each assignment, which to me was like a puzzle, anxiously waiting to be solved.

As my passion for the subject grew, I chose to embrace all the computer science opportunities around me and was able to find other females like myself who were passionate about computer Science, yet did not conform to the “programmer stereotype.” By experiencing feelings of anxiety firsthand and learning to excel in a field surrounded by gender inequality, I was personally able to break down the social stigmas surrounding computer science and hope to continue my journey as a programmer, educator and activist in the computing field.

I came to the conclusion that the intimidation or reluctance factor that overcomes many girls as they attempt to participate in a male-dominated field stems from a lack of early exposure. And from that societal issue, Project CODEt was born with the goals of early exposure and equality.

WashingtonExec: How was the concept for Project CODEt formed?

Rupali Dhumne: At the beginning of the school year, I was bombarded with questions about my presence in a computer science class. By my sophomore year, I was actively participating in three computer science organizations, out of which two were female-oriented. However, I was quick to notice the lack of gender diversity within the later club and was confused as to why there was a gender-gap, considering the enthusiasm expressed by girls in female-oriented computing clubs.

After searching for an answer, I came to the conclusion that the intimidation or reluctance factor that overcomes many girls as they attempt to participate in a male-dominated field stems from a lack of early exposure. And from that societal issue, Project CODEt was born with the goals of early exposure and equality.

By starting a nonprofit organization, I hoped to create an environment in which girls could learn Computer Science alongside boys at an early age, so if they developed an interest in the subject and chose to pursue it throughout their academic career, that intimidation factor would be eradicated, allowing girls and minorities to excel in the field because they would have had experience with the subject beforehand. As I began conducting workshops and approached my friend Eleni Georgiou to help me grow the organization, I realized that participants were often intimidated by the idea of computer science because they had never been exposed to a course like it before, especially one containing elaborate terminology.

In order to develop a more “friendly” technique of teaching the subject, I decided to further the idea that anyone can code and integrate non-STEM subjects and computer science, showing the versatility that comes with learning to code. For example, we formulated the idea of “CS+Art” which combines STEM and art to teach students how to create their own digital artwork using simple programming commands. We hope to further pursue this theme in future workshops, as well as our CODEt Day event for which the theme will be “CS+X,” where we will have workshops involving CS+Art and CS+Fashion.

WashingtonExec: What have you achieved so far, and what is your long term plan?

Rupali Dhumne: During this past summer, the Project CODEt team conducted about 10 workshops in Fairfax, Loudoun and Prince William counties. More than 300 students attended these workshops and learned different topics such as web programming, web design 101, CS+Art and scratch programming. We started reaching out to many school in the Washington, D.C. and nearby counties and expect to organize a CODEt DAY early next year. We were able to gather a team or industry and academic experts who could guide us. We have senior professionals from IBM and DELTEK on our advisory board. Also, we have professors from George Mason University and the College of William & Mary on our advisory board. We were able to start a chapter in London this year. We are also reaching out to potential ambassadors in Germany and India.