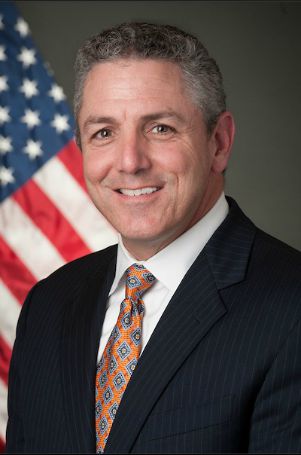 It was announced on August 25 that William J. Weber has been appointed as President and Chief Executive Officer of The KEYW Holding Corporation. This appointment will become effective on October 1, 2015. Weber will also serve on the board of directors of KEYW.

Caroline Pisano, Chairman of the Board of Directors of KEYW had this to say of Weber’s hiring, “Bill Weber’s proven leadership ability and track record of delivering results and accelerated growth will serve KEYW’s shareholders, employees, and customers well as we enter the next phase of growth. After a thorough search process, it was clear to the Board that Bill did his homework, and understood where we’ve been, and the potential of where this company can go. As we got to know Bill, his core values and strong sense of service mirror KEYW’s. At the same time, his demonstrated experience communicating a clear and consistent vision, focus on operational excellence, and aptitude for strategic execution and value creation make him the Board’s choice to take KEYW to the next level. We know he will continue KEYW’s development into a premier brand in the intelligence community, government, and commercial solutions marketplace. The Board and I welcome Bill to KEYW and look forward to working with him closely.”

Weber previously served as President and CEO of XLA, Inc. where his focus was in the areas of national security, diplomacy and nation building. Before joining XLA, Weber held executive positions at Kaseman, GTSI Corporation, McData, CNT Corporation, Inrage Technologies along with several others. All of these positions were concentration on the areas of solutions creation and growth.

Weber said, “I am honored to be selected as KEYW’s next CEO. I have been an admirer of the KEYW culture and its business for a long time, and I have a deep appreciation of how much that means to the almost 1200 employees and leaders. I am also keenly aware that KEYW is in a fantastic position in the market, given the deep technical capabilities and expertise we bring, not just to our government & intelligence community customers, but to the commercial market as well. That position is both an opportunity and a challenge. I’m mindful that our market and our industry changes at a rapid pace, and I have always embraced that change. I am excited to get started with this team to craft a strategic vision that best capitalizes on our technical expertise, drives strong organic growth, and maximizes value creation for KEYW’s employees, customers, and shareholders. This is a great opportunity before us, and I can’t wait to begin.”