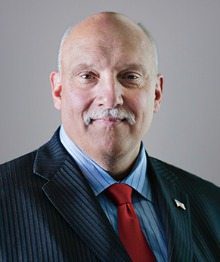 Earlier this week Riverside Research announced that K. Stuart (Stu) Shea has been elected to its Board of Trustees. Shea has over 30 years experience in the intelligence community and will help Riverside Research expand its business strategy and development plans.

Shea served as the COO of SAIC and then President and COO of Leidos when the two companies split off in 2013. It was during that time that Shea was responsible for all cyber security and intelligence development while  also developing the counter terrorism strategies at Leidos.

“Mr. Shea’s proven track record of success in both executive and board positions will bring tremendous value to Riverside Research,” said Riverside Research’s president, Richard Annas. “His insight and leadership will guide us through an exciting time of growth.”

“In addition to the board and leadership experiences he brings, those who have spent any amount of time with Stu know he resonates with the work Riverside is doing. Discuss any number of topics in STEM and Stu’s passion for those fields of research and for current and future generations of the operational and technical workforce in the U.S. to carry that same fervor are evident,” said Mark HuYoung, Managing Director, NorthWind Partners.

Shea currently serves on multiple advisory boards including the George Mason University College of Science and the United State Geospatial Intelligence Foundation, where he is emeritus chairman. Mr. Shea is also a 2014 winner of the Washington Business Journal’s Outstanding Director award.

Related: Science Lights the Way for JMU’s Graduating Class of 2013