You are at:Home»News»WashingtonExec Weekly E-Magazine: News You Need to Know 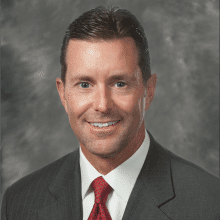 Here’s what is happening in the govcon industry as we head into spring:

WashingtonExec conducted a number of exclusive interviews with top executives during the past three weeks, including:

Unisys Corp. is opening a new client service center in Augusta, Ga., and Salient Federal Solutions is opening an office in Pensacola, Fla.

On the mergers and acquisitions front, SRA International announced it will be acquiring Qbase LLC, and Accenture Federal completed its acquisition of Agilex Technologies Inc.

WashingtonExec, in partnership with George Mason University, hosted a happy hour for the Patriots in Federal IT. The newly-established group provides an opportunity for GMU undergrad and graduate students, who currently work in the GovCon IT industry, to mix, mingle and get to know one another. The purpose of the group is to foster collaboration and networking among those in the government and contracting sphere.

Spring has also brought new jobs for the following individuals:

For all this information and more, be sure to check out the E-Magazine in its entirety here.