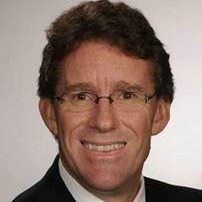 Huntsville, Ala.-based Camber Corporation announced Feb. 25 the appointment of Philip O. Nolan as CEO of the company. He will succeed Camber’s co-founder Walter Batson, who will continue to serve the company as Chairman of the Board of Directors. Nolan’s appointment is effective immediately.

“Phil Nolan is the ideal person to lead the company into the next phase of growth for the company,” Managing Director of New Mountain Capital and member of the company’s Board of Directors Bert Notini said. “Camber will benefit from Phil’s wealth of experience, strong leadership qualities and demonstrated ability to grow the business in a dynamic market.”

Nolan is the former Chairman and CEO of Stanley Inc., now a wholly-owned subsidiary of CGI Federal Inc.

“Over the nearly 25 years since he co-founded the company, Walter has been the heart and soul of Camber,” Notini said. “Although he will not be involved in the company’s day-to-day operations, his role as the Chairman of the Board keeps him near Camber’s helm as we continue to map out the company’s strategic direction.”

“Phil is returning to what he does best: guiding a good company on the path toward growth,” NorthWind Partners Managing Partner Mark HuYoung said. “He led Stanley to almost $1 billion by developing a solid long-term strategy, aligning the organization with those targets and maintaining a steady, experienced hand over the finish line. As a Camber board member for three years, Phil is no stranger to the business and is known by the leadership team. This ought to be a smooth transition as he takes the reins from Walter, who has earned a more than well-deserved rest after co-founding and leading the company for a quarter century. I’m looking forward to seeing Phil back in the market as CEO of a government services and solutions company.”