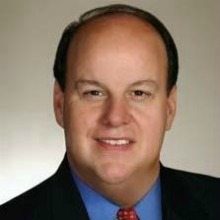 “On behalf of everyone at MacB, I would like to congratulate Mike and Bernie on their well deserved promotions,” MacB President and CEO Sid Fuchs said. “They each have contributed tremendously to the growth and evolution of the company and have earned the respect of their teams as we have expanded in terms of new markets and capabilities.”

In his new position, Ritter will report directly to Fuchs. He previously served as MacB’s Chief Security Officer. Ritter will continue to lead all security-related operations and play a larger role in helping the company meet its strategic business objectives.

Ritter worked for SAIC before joining MacB in 2011. He is a Certified Information System Security Professional (CISSP) and earned a Bachelor of Science in physics from Washburn University.

Murtaugh will lead the coordination and production of key proposals for the company. He previously served as the Senior Director of the Proposal Development Center. Murtaugh will report to MacB’s Senior Vice President of Corporate Business Development Don Raines.