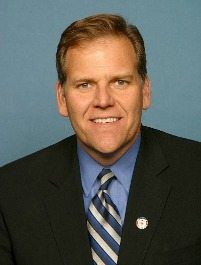 From 2011 to 2014, Rogers (R-MI) and Ruppersberger (D-MD) were chairman and ranking member, respectively, of the U.S. House Permanent Select Committee on Intelligence (HPSCI), the committee primarily responsible for congressional oversight of the U.S. Intelligence Community. Together, they promoted national security interests and minimized political posturing. Beginning in 2011, the pair worked together to pass five intelligence authorization bills during the next four years, following a six-year period without one. 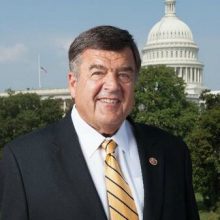 “It’s an honor to receive this year’s William Oliver Baker Award for excellence in intelligence and national security activities from the Intelligence and National Security Alliance,” Rogers said. “Providing for the resources and tools the intelligence community needs to keep us safe has been the highest priority to me during my career. This award is an inspiration for me to continue engaging on the important issues of defense, intelligence and American exceptionalism in my post-Congressional life.”

“I want to thank the Intelligence and National Security Alliance for this honor,” Ruppersberger said. “I am truly humbled to accept this year’s William Oliver Baker Award, and especially honored considering my co-recipient, Mike Rogers. Early in our leadership positions, Mike and I agreed that there is no room for politics when it comes to our national security. It is gratifying to see that our commitment to bipartisanship and responsible oversight did not go unnoticed.”

Rogers retired from the U.S. House of Representatives at the conclusion of the 113th Congress after representing Michigan’s 8th Congressional District for 14 years. He was also a member of the Energy and Commerce Committee.

Ruppersberger, who in 2003 became the first Democratic freshman ever appointed to the HPSCI, also left the committee at the conclusion of the 113th Congress. His 12-year term on the HPSCI is the longest in the committee’s history.

Rogers and Ruppersberger will be the first co-recipients of the Baker Award, which INSA presents annually to recognize outstanding leaders for their sustained contributions to the intelligence and national security communities. Recipients are selected by the Baker Award Selection Committee, which is comprised of members from INSA’s leadership, Board of Directors and Board of Advisors.

“INSA is pleased to recognize two outstanding public servants in Congressman Rogers and Congressman Ruppersberger and the bipartisan spirit they brought to our national security mission,” INSA Chairman Ambassador John Negroponte said. “Under their leadership, the House Intelligence Committee provided essential oversight and support to intelligence agencies and policymakers. They truly embody the statesmanship ideal that William Oliver Baker stood for and are deserving recipients of an award in his name.”

The INSA William Oliver Baker Award Dinner will be held on Friday, June 5, 2015, at the Marriott Marquis in Washington, D.C.

Related: INSA to Host March 3rd Symposium on Impact of ODNI-“A Decade of IC Integration and the Challenges Ahead”