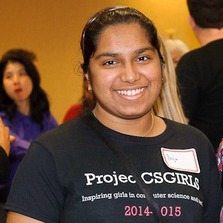 Eight students from Fairfax County Public Schools (FCPS) have been named semifinalists in the 2015 Intel Science Talent Search, including one student who is scheduled to speak at the upcoming 2015 K-12 STEM Symposium. The students, with their project names in italics, are:

Chandrashekar will be speaking at the upcoming 2015 K-12 STEM Symposium on March 7, organized by WashingtonExec.

The 300 semifinalists were chosen from among nearly 1,800 entrants and will receive matching awards of $1,000 along with their school.

This is the 74th year of the Science Talent Search, which Intel has sponsored since 1998, providing $1.6 million in awards and scholarships to contestants.