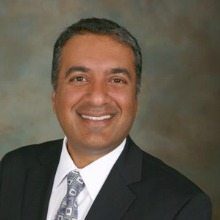 1105 Media, Inc. Monday announced that Rajeev Kapur will be its next CEO and Henry Allain will be its next COO. The Chatsworth, Calif.-based company provides integrated events, information and media in B2B markets, including security; information technology; environmental protection; industrial health, safety and compliance; and home healthcare.

“After a nationwide search, I am pleased to announce that Rajeev Kapur, an innovative and highly experienced technology executive, will join 1105 Media as its new Chief Executive Officer, “ said Jeffrey S. Klein, Executive Chairman of 1105 Media. “Henry Allain, currently president of two of the company’s operating units, is being promoted to the new position of Chief Operating Officer of 1105.”

Kapur will replace the company’s founding CEO, Neal Vitale, who announced in September that he would be leaving 1105 Media to pursue other interests. He will remain as a member of the company’s Board of Directors.

“With this new management structure in place, I am confident that 1105 will have a strong and effective leadership team that will aggressively expand the Company’s market leading products and meet the ongoing challenge of a disruptive media marketplace.”

Rajeev brings more than 20 years of leadership experience in the technology sector to 1105 Media. He previously worked for Dell for 11 years in several senior sales and executive roles, including General Manager for Southwest Asia and India. He also served as President of Smarthome.com, cofounded Greenwala, Inc., and was most recently CEO of Sonic Emotion. Rajeev earned a BA from Cal State Fullerton and an MBA from the University of Southern California.

Allain has worked at 1105 Media and its predecessor 101communications for 15 years in a number of key sales and executive roles. Currently, he is responsible for the Enterprise Computing and Public Sector Media Groups. Allain began his career at Xerox Corporation and Gartner Group, and he earned a BA from Arizona State University.