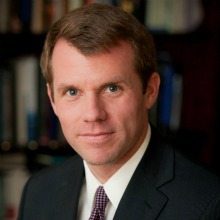 In the first three quarters of 2014, the Arlington, Va.-based company has tripled sales beyond those recorded in 2013. During the same time period, the Endgame has added 39 new employees, including SVP of Marketing Jon Brody and VP of Engineering Jim Tosh.

“Both Jon and Jim have a depth of expertise in enterprise security that will be instrumental to Endgame’s growth,” CEO Nate Fick said. “By continuing to add top-tier security product and market expertise to our ranks, expanding our product offerings in the federal market and delivering battle-tested enterprise solutions that help safeguard businesses, Endgame will continue the record growth trajectory it has demonstrated in 2014.”

“I am thrilled to join Endgame at such a critical time in the enterprise security market as customers across the board seek superior solutions for defending systems and carrying out their cyber missions,” Brody said. “Endgame will continue to lead in this space as we expand our federal offerings and deliver enterprise solutions that protect customers from advanced threats.”

Brody most recently served as the VP of Marketing at Tenable Network Security. He also held executive marketing roles at TriCipher (acquired by VMware) and Sygate Technologies (acquired by Symantec).

“I’m excited to lead the engineering team at Endgame, as this is an unparalleled opportunity to drive the technology growth and success of a company at the cutting-edge of security intelligence and cyber security,” Tosh said. “Building on the company’s existing innovation, I look forward to further developing our technical vision through this next phase of the company’s expansion into the enterprise market.”