You are at:Home»Execs to Know»Exec Moves»President Obama Appoints Megan Smith as U.S. CTO and Alexander Macgillivray as Deputy U.S. CTO 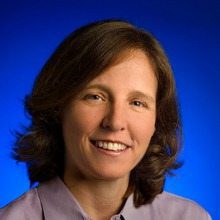 President Obama today announced that Megan Smith will serve as the next U.S. Chief Technology Officer (CTO) within the White House Office of Science and Technology Policy. In this position, Smith will lead the Administration’s efforts to expand technology, data and innovation to meet our country’s goals and to improve the lives of our citizens. Obama also appointed Alexander Macgillivray as a Deputy U.S. CTO.

Aneesh Chopra, who served as the first U.S. CTO and is currently the co-founder and executive vice president of Hunch Analytics, had this to say about Smith’s appointment:

“Megan is a terrific choice! She has seen first-hand what it takes to transform a seed of an idea into a commercializable venture that can deliver impact. As CTO, she’ll ensure our country fully harnesses the power and potential of technology, data, and innovation to grow our economy and solve complex problems.”

In her role as U.S. CTO, Smith will lead the Administration’s IT policy and initiatives and leverage advanced information and communications technologies to improve every sector of the U.S. economy. Most recently, Smith served as vice president at Google[x], where she co-created both the “SolveForX” innovation community project and the company’s “WomenTechmakers” tech-diversity initiative.

Prior to that role, Smith was Google’s VP of New Business Development, where she oversaw early-stage partnerships, pilot explorations, and technology licensing for the engineering and product teams. Highlights from her tenure include leading Google’s acquisition of Google Earth, Google Maps and Picasa and serving as general manager of Google.org. Her previous professional roles include serving as CEO of PlanetOut, an LGBT online community, helping to design smartphone technologies at General Magic, and working on products at Apple Japan. Smith earned her bachelors and masters degrees in mechanical engineering from MIT.

As Deputy U.S. CTO, Alexander Macgillivray will manage a portfolio of priority areas including Internet policy, intellectual property policy and issues surrounding big data. He most recently served as general counsel and Head of Public Policy at Twitter. Macgillivray holds a bachelors degree from Princeton University and a JD from Harvard Law School.