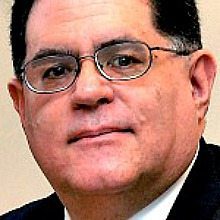 Before he joined ICF, Visner was vice president and general manager at CSC Global Cybersecurity. In this role, he managed the cyber business and global service delivery servicing public sector and commercial enterprises throughout the world. His experience also includes a senior vice president role at Science Applications International Corporation (SAIC), where he was responsible for the strategy and business development teams for the company’s intelligence, research and development, and security support markets. Before that, Visner was the Chief of Signals Intelligence programs at the National Security Agency (NSA). During his tenure there, he received NSA’s Exceptional Civilian Service Award, which is the agency’s highest award to civilian employees.

Visner is a published writer who frequently presents on cybersecurity issues. He teaches cybersecurity policy and operations at Georgetown University, where he also earned his bachelor’s degree in international policies. Visner holds a master’s degree in telecommunications from George Washington University. He is an associate of the National Intelligence Council, serves as an advisor to the U.S. national security community, and is a member of the Council on Technology and Innovation of the Intelligence and National Security Alliance (INSA), INSA’s Executive Committee and INSA’s Cyber Council.