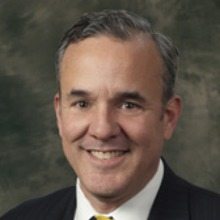 “SRA is honored to provide World Class IT Services to these première war fighting combatant commands and their associated staff elements and organizations,” said George Batsakis, the executive vice president of SRA’s National Security Group. “As a dedicated mission partner to GSA, USEUCOM, USAFRICOM and 5SC, SRA will play a key role in supporting our US National Security Objectives in this critical region of the world.”

The two U.S. commands in Europe and Africa are among the country’s nine combatant at the helm of the Defense Department’s operations, security cooperation and exercises throughout Africa and Europe.

SRA International is based in Fairfax, Va. and provides IT solutions and professional services to support government clients. The company in April secured a $148 million contract to serve the U.S. Government Accountability Office (GAO) Information Systems and Technology Services (ISTS) through IT infrastructure and operational support.

Read our coverage of the company’s David Fisher as he settled into his position as vice president and business transformation officer.