You are at:Home»News»Meet the NVTC’s 2014-2015 New Officers and Board of Directors Members 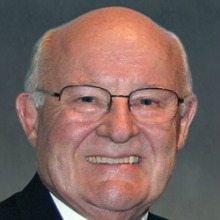 Jack London, Executive Chairman and Chairman of the Board, CACI and Senior Advisory Group Board Member, NVTC

The Northern Virginia Technology Council (NVTC) recently announced the fiscal year 2014-2015 officers of the Board of Directors, along with the election of 27 new and returning Board members. These members include five Chair’s appointees, two individuals appointed to the Senior Advisory Group of the Board, and two people who were named as honorary members of the Board.

NVTC is a membership and trade association serving the technology community in Northern Virginia. The Council serves about 1,000 companies and organizations, making it the largest technology council in the nation. Members include businesses from all sectors of the technology industry, universities, foreign embassies, service providers, non-profits and government agencies. Through these organizations, NVTC represents about 300,000 technology employees in the area.

The Officers of the Board of Directors are as follows:

Sudhakar Kesavan, Chair of the NVTC Board, presented five additional appointments to the Board as well. They are as follows:

As mentioned above, two new members of the Senior Advisory Group of the NVTC Board were also appointed. They are:

*John Burton of Nintex and Charles Steger of Virginia Tech were appointed to the Senior Advisory Board earlier this spring.

The two Honorary Board members include:

And finally, 16 three-year term members were elected to the NVTC Board of Directors, including: