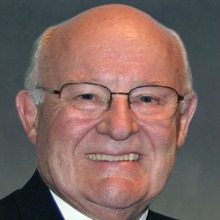 Jack London, executive chairman and chairman of the board at CACI International, Inc., received the TechAmerica Foundation Corporate Leadership Award last week at a Technology and Government Dinner held in Washington, D.C.

The award recognizes London’s leadership and contribution to the technology sector.

The former CACI president and chief executive from 1984 until 2007, London is credited with having founded the modern-era CACI — transforming the company from a small consulting firm into an information solutions and services company.

“The federal IT industry is what it is today because of Dr. Jack London,” said TechAmerica Foundation Chairman Shawn Osborne. “His vision on where the industry was heading helped shape not only CACI but the industry as a whole. He has led by character as well as business acumen in a way that has set the high standard in which the federal IT community serves Americans.”

“This recognition is a tribute to CACI’s dedication to fulfilling our government customers’ critical missions through technological innovations that enhance citizen services and help safeguard our nation,” London said.

TechAmerica is a technology trade association that represents 1,200 public and commercial companies.