You are at:Home»Execs to Know»Murray Sewell of Harris Corporation Discusses Career, Growth, Mobility and LPTA 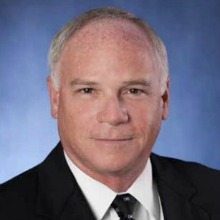 A business development executive has to be a master at understanding the client’s environment, how it’s changing, what’s driving the change and how the current opportunity will impact the mission, according to Murray Sewell of Harris Corporation.

Sewell, the company’s vice president of Business Development for Intel, Civil and Government Healthcare IT Programs, said that over the span of his career, that’s one piece of the puzzle that hasn’t budged.

Harris is an international communications and information technology company serving the government and commercial markets. It’s located in Herndon, Va. and Washington, D.C., with a Florida headquarters and offices in Massachusetts, New York and Texas. Sewell previously worked as an area sales leader for Hewlett-Packard/Electronic Data Systems. There, he was responsible for sales in the Department of Defense and civilian market. He also worked for Unisys’ civilian sector. Additionally, he served in the U.S. Air Force and graduated with a business administration degree from York College in Pennsylvania.

Sewell recently chatted with WashingtonExec about growth in the healthcare, defense and intelligence markets; mobility; industry cycles; and his personal and professional mentors. He also discussed the services-as-a-solution approach; the federal acquisitions and procurement process; and the business development field.

Ten years ago, three to five competitors vied for a given opportunity or contract, Sewell said, whereas today there are easily eight to 10 viable prime contractors, and sometimes double. Agency budgets are retracting, and less work is being developed and acquired, he said.

“It’s critical for a business development director to get further ahead of the opportunity,” Sewell said. “It requires more upfront investment, longer lead times and company management’s involvement to win a deal. What we call the internal sell can also be more difficult as we seek to understand what our customers are looking for.”

“…Don’t shoot from the hip. Plan your conversations, calls and campaigns. Make sure that you have a clear end in mind when you engage a potential customer.”

LPTA puts downward pressure on prices and prevents companies from differentiating their solution, he said. It lowers the technical solution bar to a good-enough standard, and as an offeror, you’re discouraged from creative solutions that offer the best value, he added.

Fixed-price contracts done correctly should shift the project risk from the government to the contractor, Sewell said; however, in that case the contractor would need to receive a higher return to compensate for the risk. The government struggles with that, hence the drive to LPTA, he added.

Sewell also spoke about where he’s seeing growth in the healthcare, intelligence and defense markets. He noted one growth trend in IT consolidation, including both contracts and infrastructure consolidation. The current budget environment is driving each agency to look for cost savings and greater efficiency, not just direct IT costs but reductions to IT all over, Sewell said. As an example, he spoke about the need to integrate data and images housed on different platforms so they can be shared.

“The word interoperability is driving a lot of conversation in healthcare,” he said.

Sewell also addressed the idea of the industry cycling every 20 years.

“I actually believe we’re on an uptick,” Sewell said. “What we’re seeing is more clarity from our customers about what the budgets will be, not that it’s good, but there’s certainty about what’s coming. Sequestration is here — they are adapting to that. It allows them to move forward, even if it is not at the budget levels they want or they think they need. We’re seeing movement and seeing procurement cycles slowly coming down, whereas in the last five years they’ve increased 30-60 days every four to five months.”

“…I was taught to deliver that across a kitchen table in 90 minutes as opposed to 18 months in a government environment.”

Sewell also sees growth potential for services-as-a-solution (SaaS) almost across the board. The pros to this approach are that if done correctly, can be quickly implemented, he said, and it’s easier to document, achieve real performance targets and monitor progress because it tends to be standardized. Vendors can offer performance and ensure services with efficiencies, cost savings and defined responsibilities, boundaries and span of control.

The difficulties come with agencies wanting providers to tweak their “as-a-service” to fit individual needs, which can add cost and complexity and eliminate the advantages, he said.

“The biggest challenge for customers and ‘as-a-service’ is in the procurement phase,” Sewell said. “Our customers still rely on statements of work, meaning they tell us how they want something done as opposed to what they want done — statements of objectives. When they do so, it’s difficult for them to compare apples and apples. Procurements come out and we see numerous amendments as they try to level the playing field from a solutions standpoint so they can get a fair comparison.”

“The trick is that with the increased network bandwidth, ubiquity of networks and availability, our customers remain connected to their mobile workforce, which helps them gain insight and offers better and faster operational decision-making,” Sewell said. “…We want to address challenges with devices and different states of connectivity, ensuring cyber security protection of the data and optimizing its transmission across all networks to make sure they have taken the most advantage of the mobile device.”

Sewell spoke about several mentors who’ve influenced his path. His mother worked 12 hours a day in a factory and raised four children on her own. He said he learned his work ethic from her. And his father was a career door-to-door salesman.

“I learned the five phases of capture: ID, call, pursue, proposal development and close. I was taught to deliver that across a kitchen table in 90 minutes as opposed to 18 months in a government environment,” he said.

“It’s not just lunches and golf.”

“What they taught me was to ask questions and don’t pretend that I know the answer or that I understand what somebody said to me. Nobody has said to me when I asked a question that that was a stupid question, even if it was. Don’t be afraid of ‘no.’ When someone tells you ‘no,’ that probably means that you didn’t explain clearly enough what you were trying to articulate. Step back, ask questions and re-explain the opportunity. Don’t shoot from the hip. Plan your conversations, calls and campaigns. Make sure that you have a clear end in mind when you engage a potential customer.”

Sewell encourages young business development executives starting out in the field. From experience, he knows success is possible but takes much more work than realized.

“It’s not just lunches and golf,” he said.