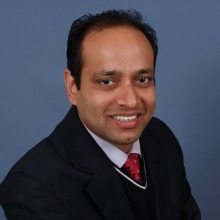 His top-picks for summer 2014 were: More than Money: Five Forms of Capital to Create Wealth and Eliminate Poverty by Paul Godfrey,  Outliers: The Story of Success by Malcolm Gladwell and The Promise of a Pencil: How an Ordinary Person Can Create Extraordinary Change by Adam Braun.

Vaidyanathan’s company in 2013 was named among the year’s top technology consulting Solutions Providers.

We also interviewed him last year about sequestration, the next ‘big thing’ in federal IT and STEM outreach. Read that here.