You are at:Home»Execs to Know»Exec Moves»Anthony Salvi Steps Up as MetroStar Systems COO 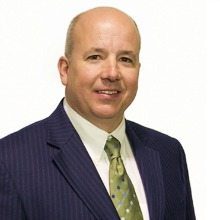 Anthony Salvi is leading MetroStar Systems, an IT services and management consulting provider based in Reston, Va.,  as the company’s Chief Operating Officer after most recently serving as senior vice president of enterprise solutions at CACI International, MetroStar announced late last month.

The new COO will be tasked in his new post with growing the company’s Business Development, Business Operations and Strategy realms.

“Anthony brings to MetroStar a combination of passion with a brilliant growth mindset,” said CEO Ali Reza Manouchehri. “We are confident that he will be a great contributor and exceptional business leader, and we are incredibly excited to have him as part of our leadership team.”

Salvi began his career serving as an acoustic engineer for the US Navy, and his industry and government experience spans 29 years.

AT CACI he led major contract and task order wins for the company and grew his organization exponentially to 800 individuals since he joined in 2005.

He joins an executive leadership team of seven other individuals including Co-Founders Robert J. Santos and Ali Reza Manouchehri.

Salvi said MetroStar’s focus on creating positive change by disrupting the technology community is what most excites him about his new position.