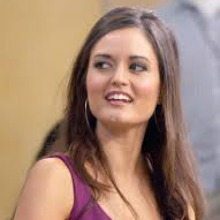 With the USA Science & Engineering Festival’s Science and Engineering Expo set for April 26-27 almost upon us, the event’s orchestrators told WashingtonExec they are burning in anticipation for the myriad celebrity performers slated to attend the event to reinvigorate interest in the science, technology, engineering and math (STEM) fields.

“Dancing With the Stars’” Danica McKellar is one such performer and education advocate who will be featured at the event on the Lockheed Martin stage among other inventors, entrepreneurs and celebrities.

McKellar, who is known for starring in television series like “The West Wing” and “The Wonder Years,” will divulge at the event about the mathematics behind “Flatland: The Movie“ and its 2012 sequel. The STEM community has acclaimed the films for their creative use of science-fiction and mathematics.

“Movies and television play an important role in shaping the narrative for kids around STEM,” Johnson said. “Danica has been a tremendous education advocate not only on screen, but also through her STEM-focused books to help make math more accessible and relevant to girls.”

The festival will take place at the Walter E. Washington Convention Center and touts a program that includes 3,000 hands-on activities, live music, celebrity appearances, hundreds of exhibitors and what sources have told WashingtonExec will be a copious amount of food and fun.

This year in its third year, the week’s event aims to advance the dwindling pipeline issue in STEM education to ensure there will be a “next generation” of scientists and engineers.

Please click here to register for the entrance-free event.

For more on what to expect, check out our recent interviews with Larry Bock and Ray Johnson, the USA Science and Engineering Festival’s co-founders and organizers.