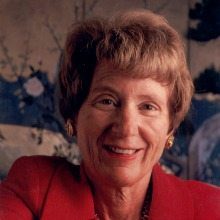 His decision in 1982 to leave the corporate sector to become a special education teacher launched for Steve Mariotti, founder of the Network for Teaching Entrepreneurship (NFTE), what would become a 20-year streak of encouraging and motivating student interest in entrepreneurship.

Two decades later NFTE, the international non-profit he started, trains and educates low-income youth in the art of entrepreneurship.

NFTE DC, the Washington, D.C. area’s chapter of the group, will at its April gala bestow awards upon two of the region’s  finest: young entrepreneur Dagim Girma and teacher Emily Frazier for their pioneering achievements in entrepreneurship.

The gala — set to take place on April 24 at the National Museum in Washington, D.C. — celebrates NFTE DC’s 20-year anniversary with the theme “The Blueprint: 20 Years of Building Futures”.

Girma is a high school student at T.C. Williams and will be collecting the “Global Young Entrepreneur” award for founding and leading The Audible — a sports website and social media tool that encourages literacy by simultaneously allowing high school students to write about sports while engaging with other sports fans.

Frazier will accept her “Global Enterprising Educator” award for her work teaching her Bladensburg High School students about budgets.

Patricia Granata Eisner, the executive director for NFTE DC, said she looks forward to the event.

“This year’s Gala is particularly special as it’s a time where we can celebrate and recognize Dagim Girma and Emily Frazier as our global ambassadors and a true testament to NFTE Washington,” Eisner said. “NFTE has proven for over 25 years that the entrepreneurial mindset is a powerful tool that can be taught and this year’s local honorees exemplify these strides.”

The awards ceremony — sponsored by MasterCard and set for next week — honors the top 24 among nearly 5,000 teachers NFTE has trained.