You are at:Home»Execs to Know»Exec Moves»MTN Government Launches Advisory Board 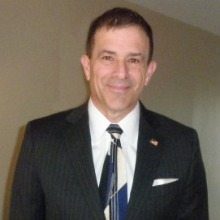 The five board members are slated in their post to provide strategic and market guidance to the company.

“We are fortunate to work with such an esteemed group of military and intelligence community leaders.  We will have the benefit of their field-tested advice and counsel to ensure that our satellite, cyber/intelligence and ISR programs are meeting the present and future needs of the U.S. and Allied Nation Governments,” MTNGOV President Peg Grayson said.

Edmonds prior to retiring served as the USAF director of the Defense Information System Agency (DISA) as well as the manager of the National Communications System.

Allen previously served as the director of U.S. Cyber Command’s Plans and Policy.

Price and Verbeck tout 38 years of military and technical leadership experience, respectively, with Price serving as the first female program executive officer for  Command Control Communications-Tactical (PEO C3T) and Verbeck leading political and technical tasks for the USAF in more than 92 countries.

Hunt, the sole business executive of the group, founded Ernst & Young Technologies, BDS and the System Integration practice at PricewaterhouseCoopers.

The advisory board, which met for its first official meeting  earlier this month, will hold subsequent meetings on a quarterly basis.