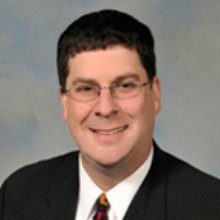 The story began a decade ago when a small group of professionals collaborated to build a community of interest for the burgeoning geospatial intelligence (GEOINT) discipline, according to a USGIF press release. The supporters brought together industry, government and academia to host a small but successful event.

“There were men and women who risked their lives every day to protect our families, our communities, our nation, our values and our way of life, and the underlying foundation for all of that security was geospatial intelligence,” said USGIF Board Chairman K. Stuart Shea, who is also USGIF’s founder and former CEO and president. “GEOINT was where our national security began, and we realized whether we’re fighting the global war on terror, supporting coalition forces in theater or reacting to worldwide natural disasters, there was always this growing need for actionable geospatial intelligence. That’s the reason we created USGIF.”

The foundation started at seven founding companies and has since grown to include nearly 240-member organizations. Today, its symposium is the largest intelligence event in the United States.

The foundation in 2012 also launched its official magazine trajectory Magazine.

The foundation’s academic programs include accrediting colleges and universities that grant GEOINT certificates. The company also operates and awards program and a USGIF scholarship program.

“It’s been an incredibly exciting and rewarding run for USGIF, growing from a simple idea to a robust organization, which has firmly established itself,” said USGIF CEO Keith Masback. “What’s even more exciting is that what the future holds, and how much we’re going to be able to accomplish given the capacity we’ve generated, thanks to the enduring support of our members and our talented, dedicated staff.”