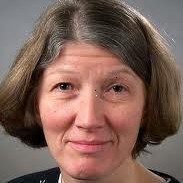 High school-aged students whose parents convey to them the importance of mathematics and science courses are more likely to enroll in STEM classes during high school than are their counterparts who do not receive the same encouragement according to a recent study funded by the National Science Foundation (NSF).

The study, “Helping Parents to Motivate Adolescents in Mathematics and Science: An Experimental Test of Utility-Value Intervention,” was published in Psychological Science Journal by Sage Publications in  2012 and discusses careers in science, technology, engineering and mathematics (STEM), along with what influences children toward those careers.

Students whose parents were in the experimental group took, on average, nearly one semester more of science and mathematics in the last 2 years of high school, compared with the control group. Parents, according to the findings, were then an untapped resource for increasing STEM motivation in adolescents, and the results demonstrate that motivational theory can be applied to the STEM pipeline shortage problem.

The intervention was administered over 15 months when the students were in 10th and 11th grades.

The pipeline toward STEM careers, according to the study, is at a critical period during students’ high school years when some students choose not to take advanced math and science courses.

The study also found that mothers exposed to the intervention-based brochures tended to view math and science classes as being more important than did mothers who were not exposed to the material.

“Helping Parents to Motivate Adolescents in Mathematics and Science: An Experimental Test of Utility-Value Intervention” was conducted on behalf of the Association for Psychological Science and authored by Judith Harakiewicz, Christopher Rozek and Janet Hyde of the University of Wisconsin-Madison, and Chris S. Hulleman of James Madison University.