You are at:Home»Execs to Know»Exec Moves»SAIC’s Linda Howard Receives 2014 CIO Ones to Watch Award 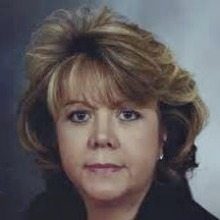 “This award is truly an honor and a proud moment in my career,” Howard said. “I work with so many talented and brilliant people at SAIC and this award is a recognition of their efforts. They acquire the best solutions for our customers’ missions and keep our company strong.”

Howard is among 25 awardees in IT who bring leadership, innovation and value to their organization and are primed to become future CIOs. Howard accepted her award at the CIO Ones to Watch Awards ceremony on March 4 at the JW Marriott Starr Pass Resort in Tucson, Arizona during the Computerworld Premier 100 IT Leadership Conference.

Howard is responsible for all operational, technical and strategic direction of corporate-provided information technology (IT) services, according to SAIC.

“This year’s group of Ones to Watch honorees brings a sharp sense of business savvy and technology leadership to their companies,” said SAIC Editor-in-Chief and CIO of Magazine & Events Maryfran Johnson. “They’ve all demonstrated the kind of innovative spirit, focus and determination that future CIOs will need in such abundance.”

SAIC CIO Robert Fecteau nominated and endorsed Howard for the nomination, which was reviewed by a judging panel of leading CIOs.

“The CIO Executive Council community is devoted to influencing the future of this great profession. Year after year, our members embrace the tough responsibility of judging which nominees have the best attributes to become game-changing CIO’s,” said Pamela J. Stenson, CIO Executive Council president.

SAIC, headquartered in McLean, is a technology integrator providing full life-cycle services and solutions in the technical, engineering, and enterprise information technology markets.