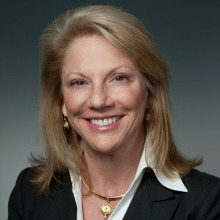 The Professional Services Council (PSC), based in Arlington, Va., this week announced a substantial expansion of its policy and advocacy portfolio to align the association’s issue and policy agenda with the shifting direction of the federal technology and professional services market.

“The timing for this expansion is ideal,” said Ellen Glover, chair of the PSC Board of Directors and executive vice president of ICF International. “PSC has a legacy of adapting to and growing with the realities of changes in the public sector market. The association is already playing a leading role on a number of major technology issues and is uniquely positioned to build critical bridges across multiple market sectors and the government acquisition and technology communities.”

PSC’s creation of a new technology policy council “represents a recognition of the convergence taking place between the technology and professional services sectors and the many issues associated with that convergence,” said PSC president and CEO Stan Soloway. “Today, the lines that traditionally separated the two have been blurred almost to extinction.”

Anne Altman, IBM’s general manager for U.S. federal government and industries, will chair the Executive Advisory Board for the new committee. Other initial members of that board are Pat Finn, senior vice president of Cisco’s U.S. Public Sector Organization; Wes Anderson, vice president of Worldwide Public Sector Services at Microsoft; George Newstrom, president of Dell Services Federal Government; Randy Fuerst, president and chief operating officer of Oceus Networks; and Robin Lineberger, head of Deloitte’s Aerospace and Defense Practice. Additional Executive Advisory Board members will be named in the near future. The committee’s work will be supported on the PSC staff by a senior executive who will be named shortly.

“The move to an ‘as a service’ business model, or what others refer to as ‘consumption-based buying’, is changing the face of the government marketplace,” said Soloway. “We have been planning for more than six months to adjust and modify our operating model to reflect those changes. With the addition of PSC’s technology policy council, we are beginning that restructuring.”

PSC has more than 370 member companies that represent small, medium and large businesses that provide federal agencies with services of including information technology, engineering, logistics, facilities management, operations and maintenance, consulting, international development, scientific, social, environmental services and more. Together, the trade association’s members employ hundreds of thousands of Americans in all 50 states.

“The new council will ensure PSC has the critical leadership and capacity to address, analyze and advocate on the full array of business policy issues impacting federal technology, including IT acquisition, cyber security, data and mobility,” Soloway said.