Ingenicomm, Inc. will be one of the five finalists to receive the Government Project of the Year Award given by the Small and Emerging Contractors Advisory Forum (SECAF) at the upcoming black-tie Gala.

The sixth-annual awards gala will be held May 1 at the Hilton McLean Tysons Corner in McLean, Va. from 6 to 9 p.m. The gala serves to honor small and emerging government contractors and the players in the industry that rely on small business.

“We are extremely proud to be named as a finalist for this award,” said Amit Puri, president and CEO of Ingenicomm, Inc. “This selection reflects our commitment to the federal government community and the customers we support. It is a testament to the complex engineering solution we designed and built to support this critical NOAA mission thereby saving the agency several million dollars. This nomination also recognizes the extraordinary efforts of our technical staff in making this project a success.”

Award winners will be chosen by an independent judges committee and announced at the awards gala. In addition to Project of the Year, awards will be presented for Government Contractor of the Year and Partner of the Year as well as an Award of Excellence.

“The SECAF Awards Gala is the preeminent annual event that honors and spotlights companies that are doing outstanding work in the government contracting community,” said Kwesi Rogers, chairman of SECAF and president of Federal National Commercial Credit. “Ingenicomm exemplifies the leadership, strategy and commitment to the industry’s growth in 2013. The organization is very much deserving of the recognition we are honored to bestow upon them.”

Scott Brezler, Cameron Hamilton and Mark Moore, co-chairs for the awards gala selection committee, noted that each year, they become more and more impressed with the caliber of submissions.

“Ingenicomm truly represents the success, vitality and growth that is at the crux of the small and emerging government contractors ecosystem,” they said in a group released statement. 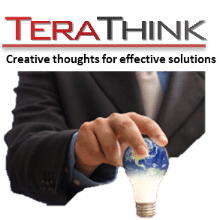